Gov. Larry Hogan signed a measure Monday to raise the age for buying tobacco and nicotine products from 18 to 21 — after Maryland’s legislature carved out an exemption for members of the military.

In signing the bill, the Republican governor broke with some members of his party, who had decried the measure as “nanny state” legislation.

Democrats argued the bill is aimed at protecting teens from the harmful health effects of smoking.

“There is no more important job than protecting the health and safety of Marylanders,” Hogan said of signing the legislation, along with several other health-related bills. 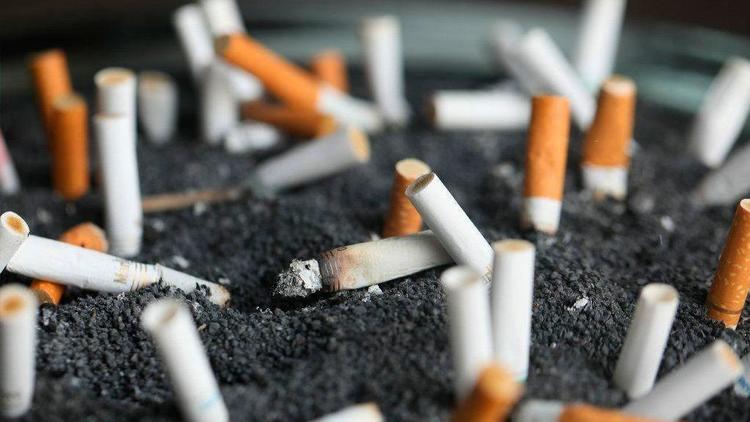 The legislation takes effect in October. Maryland will become the ninth state to raise the age for buying cigarettes and other tobacco products.

The bill was sponsored by Del. Dereck Davis, a Prince George's County Democrat. It passed the House of Delegates with a 101-35 vote and the Senate with a vote of 32-13.

The law will apply to all types of tobacco products, including cigarettes, cigars, smokeless tobacco, e-cigarettes and vaping devices. Retailers will have to post signs warning that the products can be sold only to those age 21 or older. The law won’t change the penalty for selling tobacco to those under age; fines that begin at $300 for a first offense.

“It’s a great piece of legislation,” Davis said. “With vaping becoming the rage among young people, a lot of the gains we were making reducing smoking were being wiped out. We know most smokers who are addicted start before the age of 21. The more we can do to prevent our young people from starting at a young age, that’s a good thing.”

There’s a trend toward raising the age to purchase tobacco products to 21, putting it in line with buying alcohol and gambling. Six states already have raised the tobacco purchase age to 21. Arkansas, Utah and Maryland’s​​​​ neighbor, Virginia, have approved legislation to raise the age limit on future dates, according to the Campaign for Tobacco-Free Kids.

A recent poll of more than 800 Maryland residents by Goucher College found 66% supported raising the age limit to 21, while 31% opposed the change.

“When you consider that some 100,000 young people under the age of 21 will die prematurely due to smoking-related diseases — more than will graduate across our entire state this year alone — the urgency of this legislation should be obvious to everyone,” said Gregory Tucker, chairman of the Board of the American Heart Association. “Targeting those retailers who sell tobacco products to youth is not only tactically the right approach, but a moral mandate.”

To help the bill pass, the General Assembly accepted an amendment from Sen. Michael Hough, a Frederick County Republican, to include the exception that allows people who are 18 or older to buy tobacco products if they show a military identification. Davis said he wasn’t a fan of the amendment, but realized the bill needed it to pass.

“That’s the legislative process,” he said. “We did what we had to do to get the bill passed. For now, I’m ecstatic it’s on the books. I’m hopeful we can save many lives because of this bill.”

Prominent Maryland lobbyist Bruce Bereano, who represents the Maryland Association of Tobacco and Candy Distributors, said the legislation would hurt businesses that border states without the restriction.

“They’re going to lose more business. People who are 18 will go elsewhere to buy,” he said.

Bereano added that he believed the law was insulting to adults younger than 21.

“You’re an adult at age 18 in Maryland. The premise that people from 18 to 21 are not mature or intelligent enough to make decisions and choices, I think is presumptuous and offensive,” he said.

The bill was supported by the American Cancer Society and by e-cigarette company JUUL Labs. The company’s devices are popular with teens, but JUUL has worked to promote its product as one designed for adults who already smoke and want a different option.

“We cannot fulfill our mission to provide the world’s one billion adult smokers with a true alternative to combustible cigarettes, the number one cause of preventable death in this country, if youth-use continues unabated,” Burns said. “We are committed to working with lawmakers to enact these effective policies and hope more jurisdictions follow in Maryland’s example.”

Davis said he was pleasantly surprised by JUUL’s support. He said he was hopeful other states would pass similar restrictions, so Maryland teens wouldn’t cross state lines to buy tobacco.

“It’s not hard to fathom that some people will do that. All we can do is what we can do here in Maryland,” Davis said. “My hope is that everyone will adopt this particular law.”

After Half a Lifetime in the House, Dereck Davis to Become Md. Treasurer

Marylanders are still calling about stalled unemployment benefits. And no one is answering the phone